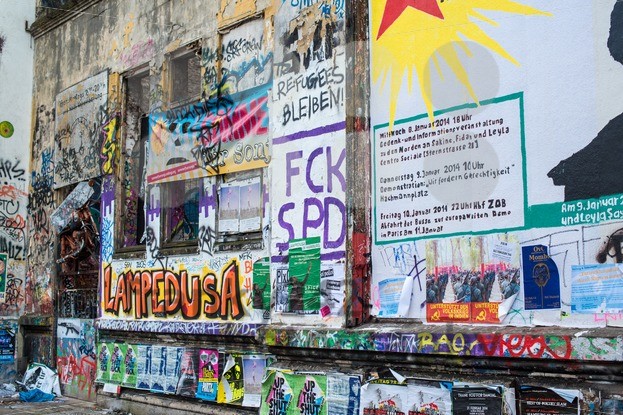 HAMBURG, GERMANY – FEBRUARY 8, 2014: Facade of the Rote Flora building, a former theatre that is occupied as autonomous centre since 1989 and centre of violent riots just a few weeks ago on February 8, 2014 in Hamburg, Germany. The Rote Flora was bought by a real estate merchant in 2001 – plans to use this building in a commercial manner now led to a demonstration on December 21, 2013 that was joined by several thousand people and resulted in violent activities – policemen and demonstrators were injured, shop windows broken and cars set on fire. 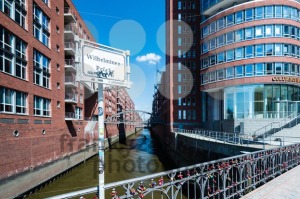 Hafencity and Speicherstadt in Hamburg

Hafencity and Speicherstadt in Hamburg 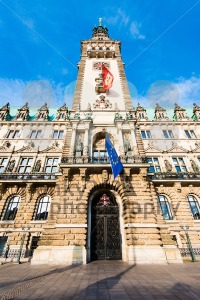 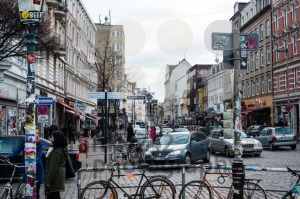 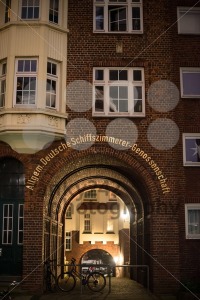 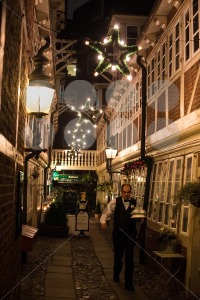